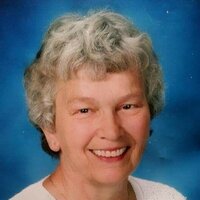 Bertha Fingar Havens, age 84, of Penn Yan, NY passed away on Tuesday, February 8th, 2022 at the Penn Yan Manor Nursing Home in Penn Yan. Bertha was born on March 6th, 1937 in Bluff Point, NY, the daughter of the late Kenneth and Mildred (Orr) Fingar. Bertha graduated from Penn Yan Academy in 1954, then went on to earn her diploma from the Freeman Business School and then put her roots into Penn Yan shortly thereafter. Bertha went on to build a career as a bookkeeper for many years until she retired from the Cornell Cooperative Ext. Even though Bertha’s career was important, nothing superseded her family. While her boys were in sports Bertha drove bus for Penn Yan School District so she could do her best to be at all of the boys away games. After the first part of her working career Bertha went on to be a tax preparer and supervisor, and during her down time she enjoyed traveling and going on vacations with the family, whether it was spending time in the mountains or enjoying some much-deserved rest and relaxation on a cruise. Bertha had many loves in life, she was a big fan of the New York Yankees and the New York football Giants, enjoyed going out to eat and gambling with her lifelong friends, but nothing more than spending the holidays, birthdays, and life events with family. Nothing was more important to her and if there is one thing that she would want from everyone is to make sure that we do our best to keep that family bond. Bertha was also a member of The Elks Club B.P.O.E. #1722. Last but not the least we want to thank the Penn Yan Manor. As challenging and difficult as life was towards the end for Bertha, the Manor made it the very best possible for Bertha and her family. There are many members of the Manor that we will be forever grateful for, thank you very much. Bertha is survived by her children, Jeanne Kress Marshall, and Kenneth Kress, David (Lori Moran) Havens; grandchildren Nicole (B.J.) Teeter, and Melissa (Chris) Williams; great granddaughter, Lacie Teeter; sister in law, Gail Fingar; several nieces and nephews; and her beloved cat, Sammy and many close friends. In addition to her parents, Bertha was predeceased by her husband of 50 years, George R. Havens; son, Joseph Mark Kress; daughter in law, Laurie Kress; and brother, Burton Fingar. Friends and family may call from 2pm to 6pm on Monday, February, 14th, 2022 at Townsend Wood & Zinger Funeral Home, 201 E. Elm St., Penn Yan, NY 14527. A funeral celebrating her life will follow at 6pm at the funeral home. Memories of Bertha may be shared with her family and friends at townsendwoodzinger.com