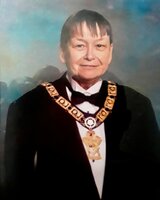 On December 26, 2022 Claudia Elizabeth Wood Baldwin passed away from a very short battle with cancer. She will forever be missed by all who know her. Claudia was born November 15, 1947 In Plattsburgh, NY to Claude and Ruth Wood. She was 1 of 4 children. She met her soulmate and love of her life Jonathan Roger Eric Baldwin while attending Plattsburg High School, together they attended the Crane School of Music in Potsdam, NY, where they both obtained their Master’s in Music Education. They were married on July 26, 1969 at the Plattsburgh Air Force Base Chapel. They moved to Penn Yan in the summer of 1971 and bought their forever home in Branchport, NY in 1973. They welcomed their daughter Vanessa into their hearts in January of 1976. While Vanessa was young Claudia took some time off from teaching to be a stay home mom. Once Vanessa was school age Claudia became a long term substitute teacher with Penn Yan School District. Eventually she decided to leave teaching school and started Claudia’s Countryside Craft due to her love of sewing. Countryside Crafts eventually morphed into Flying Colors, she could sew, upholster, tailor, knit, quilt just about anything under the sun! After she retired in 2012 she dedicated her time to charity throughout the community. From toys for foster children to lap robe quilts for veterans. Claudia knew who was in need and did her best to help out in any way she could. Claudia was very active in the Penn Yan Elks Club where she served as Leading Knight for 2 years, Exalted Ruler for 2 years, and at the time of her death a trustee overseeing the running of the club. She took her reign as Exalted Ruler very seriously and made many accomplishments. She was “All Things Elks” till her death. She was predeceased by her husband Jon and brother John “Jack” Wood, and Heidi Baldwin She leaves behind her daughter Vanessa (Don) Rumsey, Branchport, NY, grandchildren Aubrey (Matt) Miller, Dakota (Sarah) Rumsey, Dylan Rumsey, all of Penn Yan, NY, Gretchen (Xen) Miller, Canandaugia, NY and Taylor Rumsey, of Branchport, NY, great grandchildren Ava, Skilar, Jasper, and Everett. She is also survived by a brother David (Elaine) Wood of Plattsburg, NY, sister Barbara (David) Paschke of Maine, sister-in-law Leslie (Ken) Baldwin) of Cabin John, MD, and brother-in-law Kim (Holly) Baldwin of Plattsburg, NY, along with many nieces and nephews and more friends than there is to count. Friends and family may call from 2 to 5 pm on Saturday, January 14th at Townsend-Wood & Zinger Funeral Home, 201 E. Elm Street, Penn Yan, NY 14527. A memorial service will follow at the funeral home at 5 pm. In lieu of flowers, Claudia's family asks that donations be made in her name to the Penn Yan Elks Lodge-Major Projects fund. Memories of Claudia may be shared with her family and friends at townsendwoodzinger.com