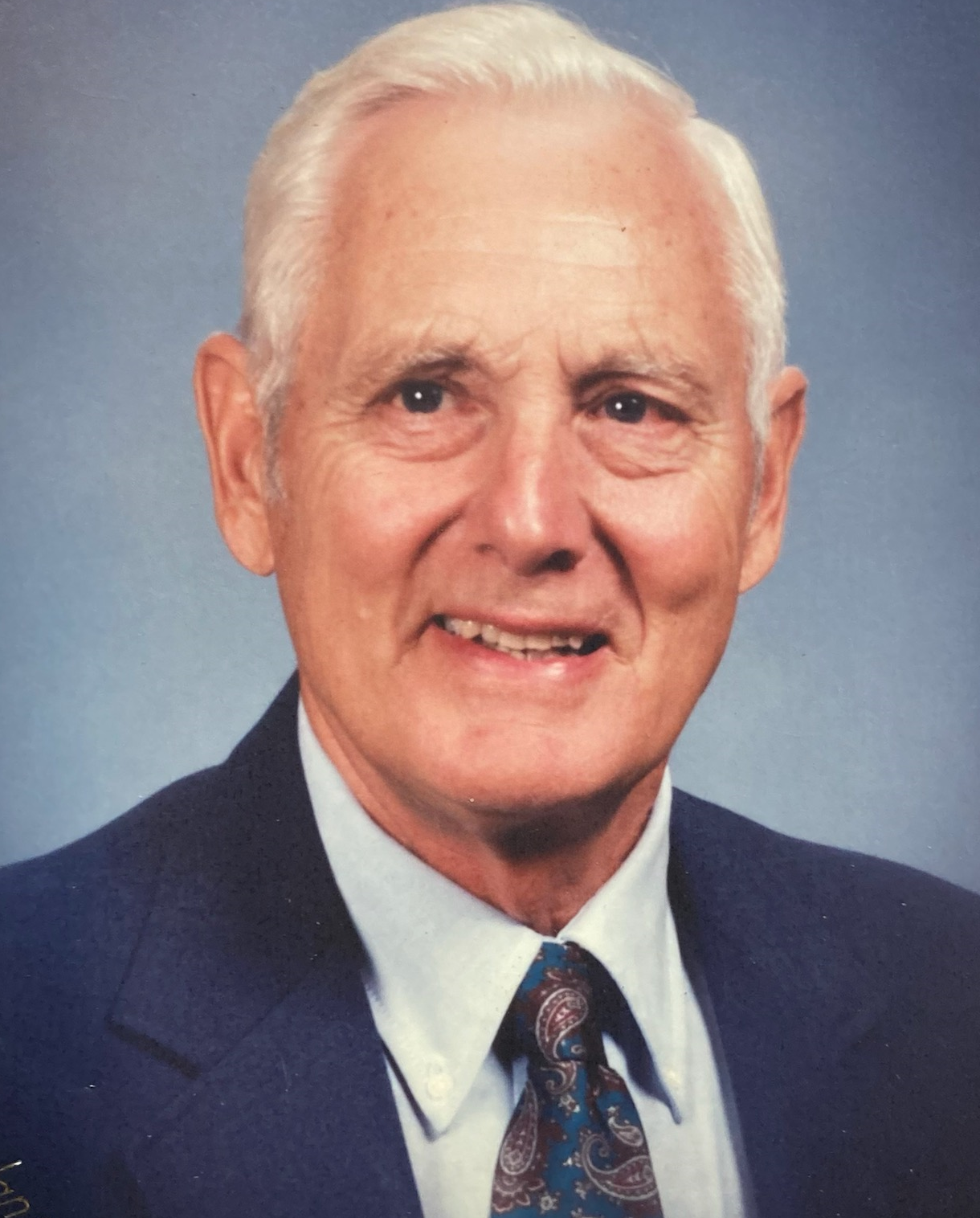 Richard T. "Dick" Gillespie passed away peacefully January 15, 2023. He was born in Fulton, NY on August 14, 1921. He learned to fly in 1941 while a student at Syracuse University and, in 1943, joined the US Army Air Forces. In 1944, he married his hometown sweetheart, Jean Ellsworth. During WWII he flew 21 missions over Germany as a B-17 Flying Fortress pilot. His last 10 missions were as lead Micky (radar) Ship Pilot and earned the Distinguished Flying Cross with two Oak leaf Clusters for leading missions that destroyed three heavily-defended of Nazi airbases. After the war, he completed his degree in Aeronautical Engineering at Syracuse University. For the next 23 years, he ran Gillespie Dairy Inc. in Fulton, NY. In 1975 he and his wife moved to St. Petersburg, FL and managed a mobile home park. In 1999, Dick and Jean moved to Penn Yan, NY. He enjoyed flying, horseback riding, traveling, and exercising. He was an active member of the Presbyterian Church as a Deacon, Trustee, the choir, and various committees. Wherever he lived, Dick was deeply engaged in his community and enjoyed singing, being a part of musical productions and other activities. He was a volunteer at Meals on Wheels and a receptionist at Yates Community Center. In 2022, Dick was inducted into the New York State Senate Veterans Hall of Fame Dick was a dedicated family man. He is predeceased by his wife, Jean, and brother Robert. He is survived by his sons Richard (Patricia), Robert (Charlotte), William, and Donald Gillespie, 10 grandchildren, 14 great grandchildren, and 3 nephews. Family and friends may call from 1pm to 2pm on Saturday, January 28th, 2023, at the First Presbyterian Church of Penn Yan, 211 Main St., Penn Yan, NY 14527. A memorial service will follow at 2 pm at the church followed by a reception. Memorial donations can be made in honor of Richard Gillespie to the ALS Association, 135 Old Cove Rd. Suite 214, Liverpool, NY 13090. Memories of Dick may be shared with his family and friends at townsendwoodzinger.com