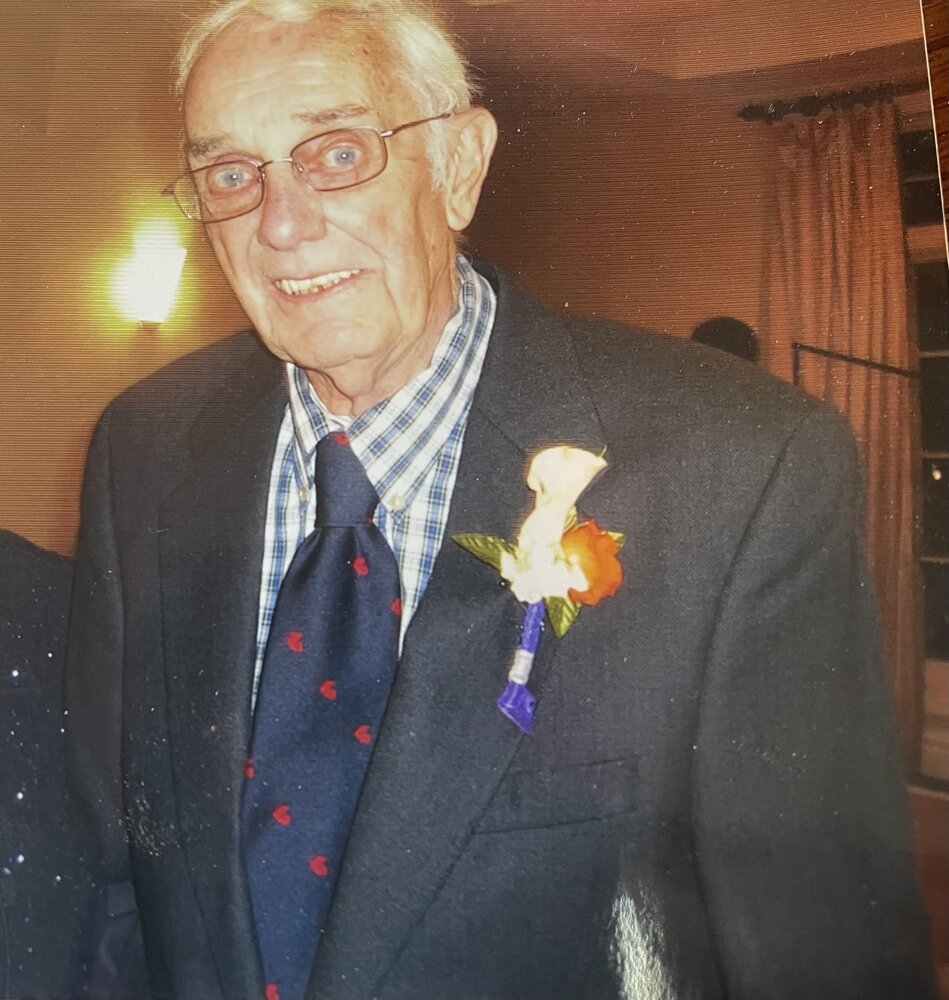 Please share a memory of Carl to include in a keepsake book for family and friends.
View Tribute Book
Carl Richard Jorgensen (Junior), age 87, formerly of Penn Yan, NY, passed away peacefully at his home in Murrells Inlet, SC on December 16th, 2021 knowing that he was loved by his family. Everyone that knows Carl remembers him as a quiet, hardworking and and easy going man. Carl was born In Penn Yan, NY on September 2nd, 1934, the son of the late Carl E. and Kathrine(Jepsen) Jorgensen. He was a graduate of Penn Yan Academy.  Carl stared doing farming at an early age until he started work at Penn Yan Express as a dock worker.  He was known as "little Carl" there because there were two Carl's and the other gentleman was known as big Carl.  He stayed at PY Express until it was sold and he transferred to the Elmira terminal with the new company until his retirement.  Carl was a member of local Teamsters  #317. After retirement,  he went to work at Howard's Express as an on call worker for a short time.  He also did farming with a local farmer, Jim Allen, which he enjoyed doing.  Carl was a huge NY Giants fan and also enjoyed watching all sports on TV. He liked playing Poker and Euchre. He could be found going to stock car races on the weekends as much as he could before moving to SC.  Carl had started out on the pit crew for Glen Reiners when Waterloo speedway was open. He also enjoyed woodworking and his children benefited from some of his creations.  His wife Dolores would paint or decorate the items. Together they would set up a booth at the Windmill in Penn Yan to sell their pieces. Carl is survived by his wife of 42 years, Dolores Jorgensen, of Murrells Inlet,  SC. Sister Ann (Dave) Priest of Middleburgh, NY. Children Kathy Hinkal of Farmington,  Carl M. Jorgensen of Phelps, Daniel(Lauri) Jorgensen of Newfane, NY, Barb (Dan) Mullins of Penn Yan, Kyle (Doris) Jorgensen of Penn Yan. Grandchildren, Kim Kayiwa, Kelly Balthaser, Joel Balthaser (Lindsay) , Tim (Sarah) Mullins,  Mike (Jessica) Mullins, Kristen(Scott) Plyter, Michael (Heather) Jorgensen, Leah(Carl) Flora and Melissa (Brian) Anderson; 18 great grandchildren, a stepdaughter Gloria Brown, her sons Gregory, Daniel and Billy all of CO; nephew Skip(Jennifer) Jensen,  nieces Nancy(Dick) Wright and Marcia(Mike)Guntert  as well as several cousins.  Carl was predeceased by his parents, Carl and Kathrine Jorgensen, sisters, Christa Jorgensen and Eva (Robert)Jensen, Brother-in-law Robert Jensen, Nephew Mark Priest, Stepdaughter Colleen Currivan and Son-in-law, Mark Hinkal.  The family would like to thank Regency Hospice and First Light Home Care of Murrells Inlet, SC for their excellent care of Carl and being so supportive of the family. A thank you also to family and neighbors who called, facetimed or visited him.  He was loved and will be greatly missed. In lieu  of flower’s please feel free to make a donation in Carl’s honor to a Charity of your choice. A service will be held on April 2nd, 2022 at 1pm at Townsend-Wood & Zinger Funeral Home followed by burial at the family plot in Lakeview Cemetery. A reception will immediately follow.
To send flowers to the family or plant a tree in memory of Carl Jorgensen, Jr., please visit Tribute Store
Saturday
2
April

Share Your Memory of
Carl
Upload Your Memory View All Memories
Be the first to upload a memory!
Share A Memory
Send Flowers
Plant a Tree