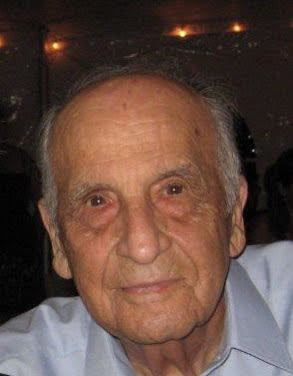 On behalf of all shipmates of the USS ROBERT A. OWENS (DD-827), please accept our sincere condolences on the passing of our shipmate, Marco Errico. Marco served on board the OWENS from '49-'52 and, if he was one of the original crew when the ship was commissioned in 1949, he would be considered one of the "Plank Owners". May God bless Marco and his remaining family.

Our deepest sympathies go out to all his family. He was always so kind and generous to me and Ada. Loved the wonderful and funny times at the lake. He will be missed Bobby and Ada Moore

Where do I begin in remembering my Uncle Mark? He was such a giant among men. What he brought to our family was laughter, lots of laughter. And devotion; his love and devotion to my Aunt Joanna was and is legendary, an example to all. RIP Uncle Mark, you were a beacon of love to your family.

Thank you Uncle Mark for all the laughs. You will be missed tremendously. Love, Bugs

Share Your Memory of
Marco
Upload Your Memory View All Memories
Be the first to upload a memory!
Share A Memory
Send Flowers
Plant a Tree