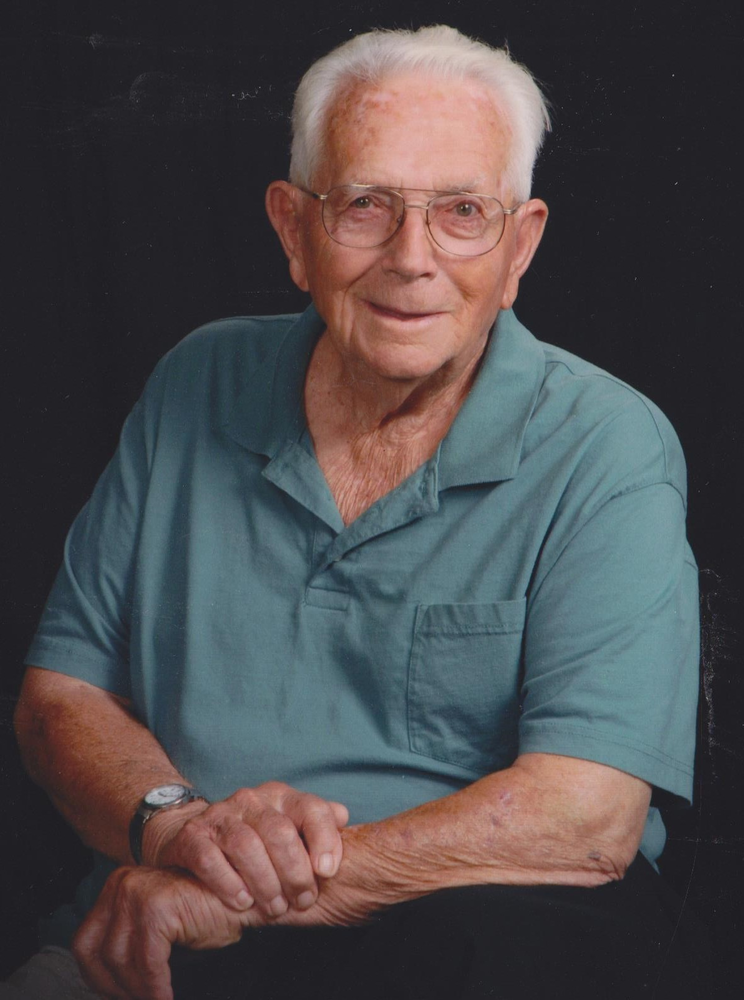 Please share a memory of William to include in a keepsake book for family and friends.
View Tribute Book
William H. Moravec, age 94, of Penn Yan, NY passed away at home on Friday, July 3rd, 2020. Bill was born in Elmira, NY on February 9th, 1926, the son of the late Barney and Alice (Hitchcock) Moravec. He graduated from Penn Yan Academy Class of 1944 and was a member of the 1943 Champion Football Team. Bill enlisted in the US Navy on September 12th, 1944 and served on the USS Ticonderoga (CV-14) as a Fireman First Class in the Asiatic-Pacific Theater. He was Honorably Discharged on July 15th, 1946. He married his Bride of 71 years, Marilyn (Davidson) Moravec on January 29th, 1949. Bill worked at the family business with his father, Barney Moravec, Inc. He worked at the St. Lawrence Seaway Construction, the New York State Thruway Construction, and had worked or directed work on thousands of wells, elevator shafts and de-watering projects throughout NYS. Bill had developed water supplies for Corning Glass, Westinghouse, and numerous municipalities including Dundee. He was a member of the Kiwanis Club and served as President from 1982 to 1983 and Kiwanis Lt. Governor of the Fingers Lakes Division 1988. He was also a member of the Empire State Water Well Drillers Association, as well as, the National Ground Water Association. Bill was a life time member of the Penn Yan United Methodist Church since he was a child. He was an avid hunter, auto racing enthusiast, husband, father, grandfather and great-grandfather. Bill is survived by his wife of 71 years, Marilyn Jane (Davidson) Moravec; children, William A. (Patricia) Moravec, John K. Moravec, Elizabeth M. (David) Fultz, and Richard S. (Judy) Moravec; eleven grandchildren; seven great grandchildren with two due in the fall; and sisters, Nancy Beach and Marie Wright; and cousin, Marcy Smith. In addition to his parents, Bill was predeceased by his son, Robert Moravec. A funeral service at Townsend Wood & Zinger Funeral Home with interment and Military Honors at Lakeview Cemetery in Penn Yan will be held privately to his family. A celebration of his life will be held at the family home at 1658 Himrod Rd. Penn Yan, NY on Sunday, July 12th, 2020 from 11am to 3pm. Those in attendance are asked to wear face masks and follow social distancing guidelines. Memorial contributions may be made in Bill's memory to the Penn Yan United Methodist Church, 166 Main St., Penn Yan, NY 14527 or to Yates-Ontario Hospice, 756 PreEmption Rd, Geneva, NY 14456. Memories of Bill may be shared with his family and friends at townsendwoodzinger.com
To send flowers to the family or plant a tree in memory of William Moravec, please visit Tribute Store
Sunday
12
July

Share Your Memory of
William
Upload Your Memory View All Memories
Be the first to upload a memory!
Share A Memory
Send Flowers
Plant a Tree