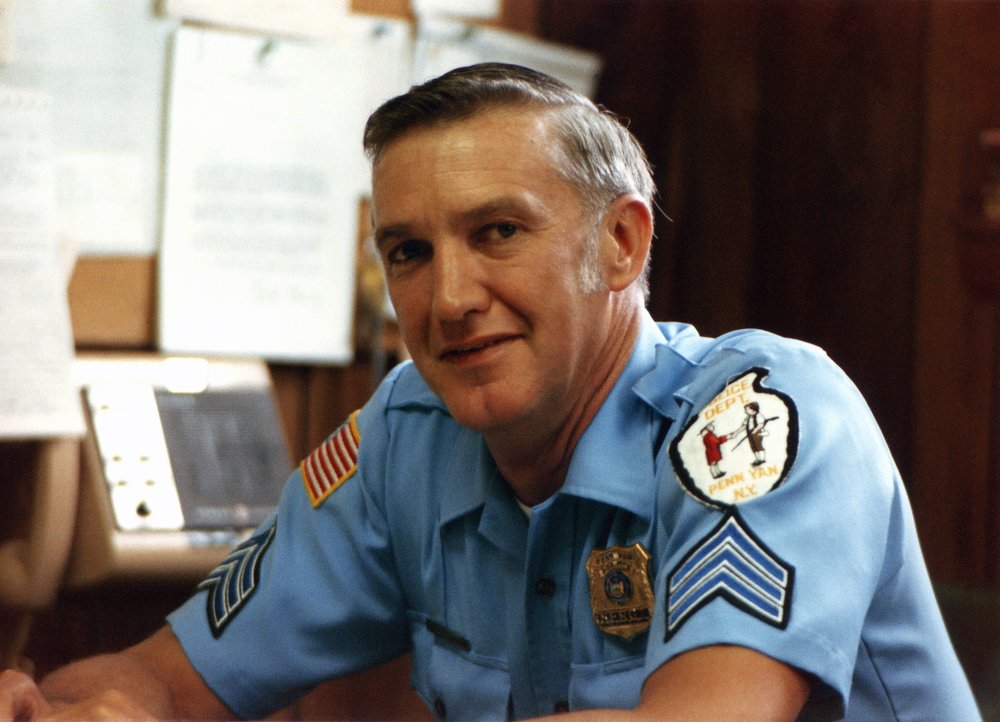 Please share a memory of John to include in a keepsake book for family and friends.
View Tribute Book
John J. Gettings January 7, 1942 – January 25, 2021 PENN YAN – John J. Gettings, 79, passed away of natural causes at his home on Monday, January 25, 2021. John was born January 7, 1942 in Troy, New York to the late Alice (Cooper) Gettings and Joseph Gettings. He was raised in Penn Yan and graduated from Penn Yan Academy in 1960. John’s life was dedicated to the service of his country and to his fellow neighbors and citizens of Yates and Steuben counties. After High School, he became a patrolman for the Penn Yan Village Police Department and worked there until he volunteered in June 1966 to serve his country for two years as a Military Police Officer in the US Army in Vietnam; seeing extensive action around Hue during the Tet Offensive. In 1968, he resumed his duties as a Penn Yan Village Police Officer, retiring in 1989 as a Sergeant after 25 years of walking the beat. He went on to serve for 17 years as a food delivery truck driver for the Bath Veterans Administration Medical Center in Bath, New York. John’s social life truly began in 1972 when he married his loving wife of 48 years, Suzanne (Hayes) Gettings. John had many hobbies during his working years as well as in his retirement. He loved to travel the waters of Keuka Lake in his fiberglass boat, and spent many hours fishing for lake trout with a beer in his hand and a smile on his face. An avid crossword enthusiast, he also collected model trains and built numerous scale models with his son. He could often be seen driving around town in his truck with his dog Schultz, hanging out the passenger window. John could also be seen riding around the countryside on his horse and participated in western pleasure horseshow competitions around the state. His later years were spent travelling around the country with his wife, enjoying historic locations, zip lining, riding scenic railroad lines and enjoying natures beauty and its animals that it contained. He was a life member of the Johnson-Costello Post #355, Penn Yan American Legion, a life member of the VFW Post 745, Loyal Order of Moose – Lodge 2030, and the Retired Police Association of the State of New York. John is survived by his wife, Suzanne (Hayes) of Penn Yan; his son Rick and wife Carol (Dvorak) Gettings of Saint Louis, MO; his surrogate son Jeffrey and wife Jenny (Gabelman) Carroll and their four children; Brittney, Kirsten, Maya and Chase of Elsmere, KY; and multiple cousins in the vicinity of Schenectady, NY. In addition to his parents, John was predeceased by his sister, Beverly (Gettings) Seaton and her husband, John of Alexandria, OH. A memorial service with military honors will be held at 1:00 p.m. on Saturday (June 5th) at Townsend Wood & Zinger Funeral Home in Penn Yan with a graveside service immediately following at the Lakeview Cemetery, Penn Yan. Directions available at townsendwoodzinger.com. Arrangements entrusted to Townsend Wood & Zinger Funeral Home, Penn Yan, NY (315-536-3391). The family requests that in-lieu of flowers, a donation in John’s name may be made to the Penn Yan Police Benevolent Association, Penn Yan American Legion, VFW, or the Ontario-Yates Hospice.
To plant a beautiful memorial tree in memory of John Gettings, please visit our Tree Store
Saturday
5
June

Share Your Memory of
John
Upload Your Memory View All Memories
Be the first to upload a memory!
Share A Memory
Plant a Tree