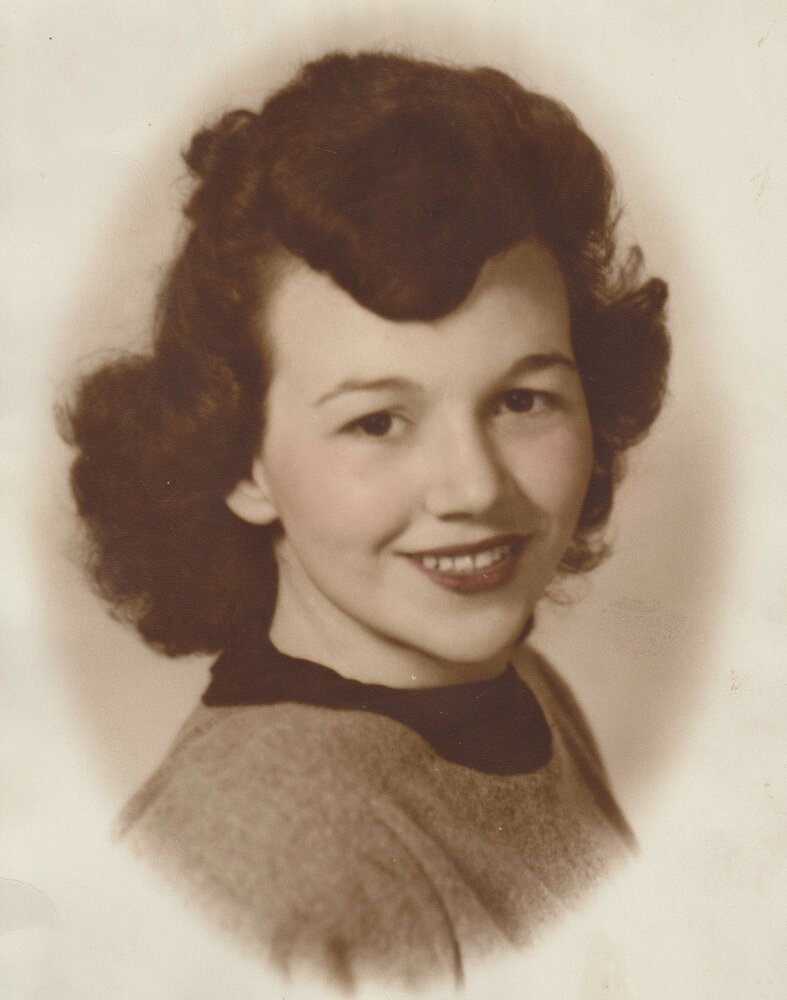 Please share a memory of Nila to include in a keepsake book for family and friends.
View Tribute Book
Nila Fay Queener “Fay”, 97, after a very long and interesting life, passed away at the Penn Yan Manor in Penn Yan, New York on October 14, 2021. Fay was born August 8, 1924 in Jellico, Tennessee, to Ossie Brice and Vena Belle Baker. As a young girl, Fay loved performing, singing and dancing through her school years. After graduating from Jellico High, Fay left her small town in the Cumberland’s to attend the University of Tennessee at Knoxville. On November 9, 1946 Fay married her love, Harry Sanford Queener with whom she shared 64 years of marriage. They moved north to Buffalo in 1952 and then to Geneva in 1962, where they resided over 42 years at their beloved North Main Street residence that always provided a warm welcome and coffee for the many who visited. Fay was a religious woman who never quoted scripture but led an exemplary New Testament life. She was deeply involved in Methodist Church activities in both Buffalo and Geneva. She volunteered faithfully at the Center of Concern in Geneva as well as many charitable organizations, eager to help others. She enjoyed collecting antiques, gardening in her flowers, history, feeding crowds of people anytime of the year and amassing many friends from all walks of life. This and her family were her labor of love. As a child of the depression, she led by example in encouraging all of her family to accept and find the worth in people based on what they are rather than who they are. Fay is survived by her children: Frank (Marie) Queener, Nila (John) D’Agostino and Harry (Patricia) Queener, Jr. She is also survived by her loving grandchildren, who she doted on, making them all feel special; John (Catherine) D’Agostino, Laura (James) Voigt, Rahn D’Agostino, Sarah Queener (Frank Pericolosi), Brice Queener, Brett (Elizabeth) Queener, Sylvia Queener (Scott Lerner), Jessica (William) Queener, and Jacob (Rachel) Queener; great grandchildren, JJ, Jarrett (Brynn), Bradley, Brenna and Gianna Voigt, Carter and Brooke D’Agostino, Cecilia and Leonardo Pericalosi, Van Queener and Madelyn and Landon Queener, and Magnolia Lerner; and great-great-granddaughter, Parker Voigt. Fay was predeceased by her husband Harry; sisters, Nell Cantrell and Juanita Hill; and brothers, Pat, Walter, Franklin D. and James Baker. Burial will be at the convenience of her family. Memorial contributions may be made to a charity of one’s choice or to the Penn Yan Manor Nursing Home or to Clinton Crest Manor in her memory. The Family extends its sincere gratitude to all the staff at the Manor and at Clinton Crest for their care, concerns and support given to their mother. Memories of Fay may be shared with her family and friends at townsendwoodzinger.com
To plant a beautiful memorial tree in memory of Nila Queener, please visit our Tree Store

Look inside to read what others have shared
Family and friends are coming together online to create a special keepsake. Every memory left on the online obituary will be automatically included in this book.
View Tribute Book
Services for Nila Queener
There are no events scheduled. You can still show your support by planting a tree in memory of Nila Queener.
Plant a tree in memory of Nila

Share Your Memory of
Nila
Upload Your Memory View All Memories
Be the first to upload a memory!
Share A Memory
Plant a Tree