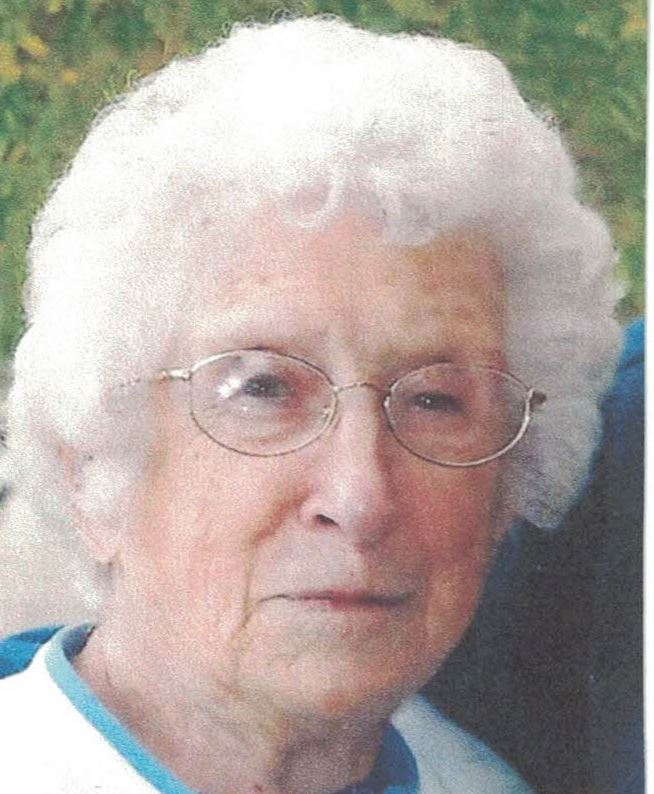 Please share a memory of Jane to include in a keepsake book for family and friends.
View Tribute Book
Jane T. Peck, 102, of Branchport, passed away on Thursday, June 10, 2021. She was born in the Town of Prattsburgh on August 18, 1918, the daughter of the late Edwin and Cora (Hopkins) Tears. Jane was a founding member of the Branchport Fire Department Auxiliary and was a member of the Branchport United Methodist Church. She is survived by her sons, Roger Ackerman of Bath and Richard (Jean) Ackerman of Penn Yan; step children, Dale Peck and Lois Peck of Bath and Joan Peck of Milo; four grandchildren, James Ackerman, Cindy Ackerman, Shelley (Richard) Machuga and Cheryl (Carl) Chittim; eight great grandchildren; many nieces, nephews and friends; and her good neighbors, Raymond and Christy Woodworth. Besides her parents, she was predeceased by her husbands, Wesley Ackerman and Laurence Peck; brothers, Carl, Raymond, Oscar, Roy and Edward Tears; and daughter-in-law, Phyllis Ackerman. In keeping with her wishes, there will be no services. Burial will be in Branchport Cemetery. Funeral arrangements are under the direction of Townsend-Wood Zinger Funeral Home, Penn Yan. Memorial Contributions may be made to Branchport United Methodist Church or Branchport Keuka Park Fire Department.
To plant a beautiful memorial tree in memory of Jane Peck, please visit our Tree Store

Look inside to read what others have shared
Family and friends are coming together online to create a special keepsake. Every memory left on the online obituary will be automatically included in this book.
View Tribute Book
Services for Jane Peck
There are no events scheduled. You can still show your support by planting a tree in memory of Jane Peck.
Plant a tree in memory of Jane

Share Your Memory of
Jane
Upload Your Memory View All Memories
Be the first to upload a memory!
Share A Memory
Plant a Tree